The VSA Texas family learned of the passing of a good friend and creative soul this week. We were saddened to hear that Victor Gallo is no longer with us. He was a wonderful young man who has been involved with our programs since 2011. Victor was a student in our first New Media Arts Summer Camp where he learned about arts and technology – two things Victor was very interested in.

Victor returned in Summer 2012 to our Music Camp. This time he was a volunteer helping others learn techniques in digital recording and sound. The three photos below show Victor working with Jourdan on recording a song during that camp: 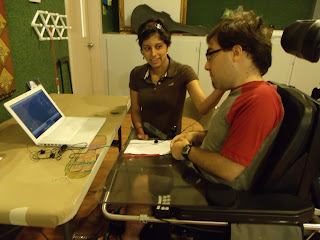 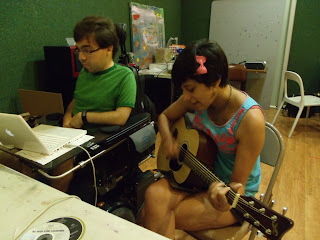 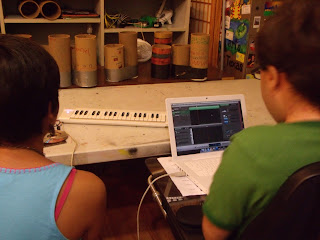 Victor loved music! It was something he was passionate about. He created eerie and beautiful music on his keyboard, some of which you can hear on his website here. He also loved to dance and once proposed hosting a dance party at VSA Texas. He was a regular at our original Open Mic at Access Gallery in 2012 and often showed us his short films when it was his turn. He even debuted his short film “No More Nukes” at our Disability From Real to Reel Film Festival in 2012. Victor was always fun to be around. We will miss his presence greatly!