Get to know our Executive Director, Celia Hughes!

Hello everyone.  I’m Celia Hughes, Executive Director of VSA Texas. I am happy to introduce myself and look forward to interacting with you in-person, on-line and in the cloud.   So, here’s a little information about me.  As an artist and an advocate, I wasn’t on the front lines of the disability movement in the 70’s and 80’s, but I was working in the trenches, and since a very young age, have dedicated my life to working alongside people with disabilities to improve quality of life and remove barriers to success. 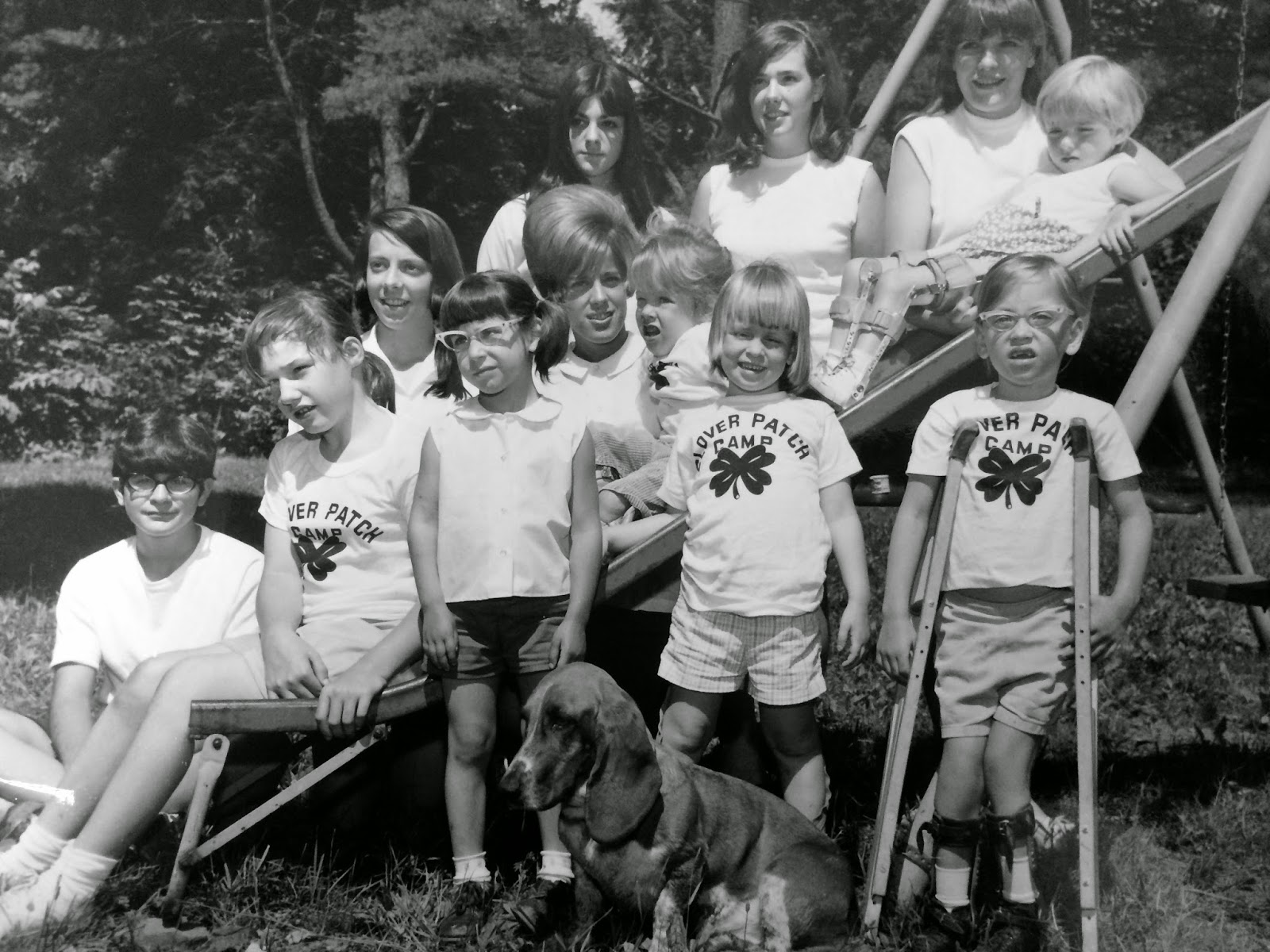 My first summer at Clover Patch Camp! That's me in the middle of the back row.

I started out by creating the arts and crafts program at Clover Patch Camp, run by Sunnyview Rehabilitation Hospital in Schenectady, NY. Clover Patch was the first camp of its kind in upstate New York, and my early experiences there planted the seed of realization of what was happening then and what could be possible in the lives of people with disabilities.

Armed with a degree in Speech Pathology and a dream to find a life in the arts, I set out. Through my work in theater, television, film, art galleries, catering, school classrooms and youth leadership organizations at local, state and national levels, I have been able to blend my passion for the arts and my commitment to civil rights. In 1999, the door to opportunity opened and I walked through to assume the leadership position at VSA Texas.

VSA was founded 40 years ago by Ambassador Jean Kennedy Smith and was known for many years as Very Special Arts.  Ambassador Smith’s vision was to bring the reformative power of the arts to people who, for no fault of their own, were locked away in institutions or hidden behind closed doors. Thankfully, now, much of that has changed.

But the work of VSA Texas continues to recognize that throughout the ages, artists, scientists, mathematicians – people with disabilities – have led the way toward a better world.  As President Kennedy once reminded us, “Art calls forth creative genius from every sector of society, disregarding race, religion, wealth or color” and I would now add, disability. This is the mission of VSA Texas: to bring everyone into the universal experience of the arts through employment, education, participation, and just plain fun!

On October 21, at the 2014 Lex Frieden Employment Awards ceremony in Dallas, I was awarded The Governor’s Trophy by the Governor’s Committee on People with Disabilities. The Governor’s Trophy is awarded to the person who has achieved the highest success in enhancing the empowerment and employment of Texans with disabilities. The Governor's Trophy recognizes long-term commitment and outstanding efforts at both the community and state level. It is an amazing honor to be recognized by your peers for the work that you do. One could get a little complacent. But don’t worry. It won’t stop me from continuing to work every day to build inclusive, arts-inspired communities, where people with and without disabilities envision, create, dance, play and sing their stories, out loud and proud!

I hope you will join me, and the Board and staff of VSA Texas, on this unique and transformative journey.
Posted by Unknown at 2:12 PM

Email ThisBlogThis!Share to TwitterShare to FacebookShare to Pinterest
Labels: staff